Leslie’s first exposure to performing music came with his school music programs. Leslie was formally trained in piano and percussion, playing in his school concert and symphonic bands. Having more of a passion for the rock and metal music of the times, Leslie eventually self-taught and dedicated himself to playing guitar.

1982 Leslie met guitarist/singer Tom Azevedo, and formed the metal band Rat Attack. Rat Attack would be Leslie’s first experience at composing original music and the first band that would be dedicated to playing only originals.

1983, with the addition of Paul Schofield on drums and Marc Chambers on bass, the band self-produced, and released a demo album cassette titled Rat Attack, which included eight original songs written and recorded exclusively by the band.

The album was recorded and mixed at Rendezvous Recording, a popular local studio owned and engineered by Pierre Grill.

Although Rat Attack never went on tour, the album was distributed to several local and mainland radio stations that played metal music, and quickly developed a small following and popularity with the metal scene of the 80's.

Rat Attack was unfortunately short lived, and split up shortly after.

Today original Rat attack cassettes have become sought after collectors’ items. Leslie has claimed that even he doesn’t own one himself. 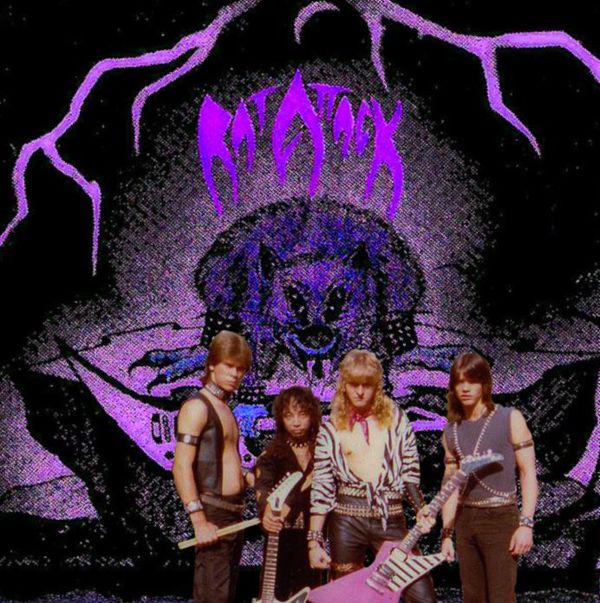 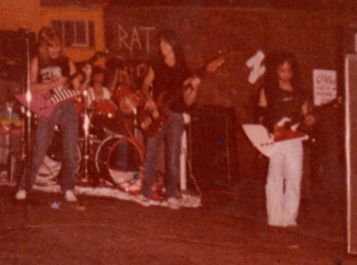 After Rat Attack, Leslie went on to play professionally, becoming part of the fast growing rock club scene in Hawaii back in the eighties sand nineties. Although Leslie was capable of playing different instruments, he stuck to guitar as his trademark instrument, playing in various club bands that played all the popular mainstream cover tunes of the times.

As the 21st century rolled in, and the computer age started go full tilt, Digital recording DAW software, started to become more practical and allowed artists to set up professional quality recording studios at home. This was the means and inspiration for Leslie to start recording some of the ideas that have been rolling around in his head over the years, and thus, put together his home recording studio, dubbed Witchazel 2 Studios, a resurrection of an old rehearsal studio back in the day.

Although Leslie is a multi instrumentalist, singing was never something he was able to do with any level of success. Leslie decided to go strictly instrumental and fill the top line with his own style of guitar solos, and basically let the guitar do the singing. Leslie would stick to the instrumental theme for all of his solo projects. Leslie tries to compose his songs not only to showcase his unique guitar playing style which would appeal to most guitar enthusiasts, but to be engaging enough for the average listener. However, for the type of music he creates, Leslie would be the first to admit that he does tend to get a bit carried away with the guitar solos on a lot of his songs.

Leslie’s only regret regarding his solo projects is that being a one man act, he is not able to play live. Leslie does miss the thrill of playing for a live audience, and does plan to work with other musicians including vocalists, on future projects, possibly forming a dedicated band that can go on tour.

Until then, Leslie plans to stay on the current path and get a few more solo projects out.